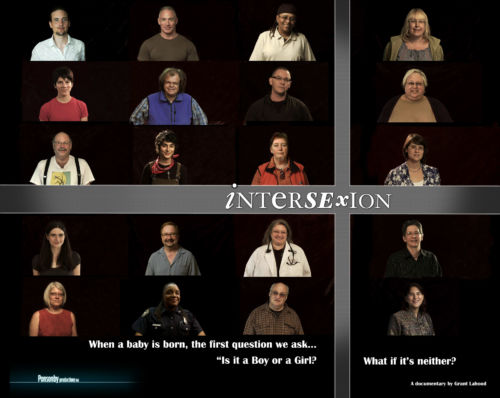 On Thursday, 3rd of May, the english-speaking group of Amnesty International Bochum invites you to a screening of „intersexion“, a documentation by Gary Lahood about intersex people. Afterwards the activist Şefik_a will be available for discussions, especially concerning the effect of “genital-normalising surgeries”.

‘Is it a boy or a girl?’ It is often the first question people ask parents about their baby.  It’s a question based on the assumption that the world is divided into two groups of people, male and female, and that everyone’s biological and genetic characteristics fit neatly into one of two categories.

But that is not always the case; in fact, more often than you might think. An estimated 1.7% of children in the world are born every year with variations of sex characteristics.

Many of these children undergo surgery in an effort to ‘normalise’ them, despite the fact that these interventions are often not emergency-driven, invasive and irreversible. These children are too young to consent at the time of the intervention and their parents are often not given adequate information and support to make an informed decision about what is best for their children.

In May 2017, Amnesty International published a report titled „First, Do No Harm: ensuring the rights of children born intersex“ which concluded that genital-normalising surgeries can constitute gross violations of human rights with long-lasting effects on health, sexuality, fertility and the psychological constitution.